Social Security benefits are increasing. What could this mean for your clients?

Inflation has caused a hike in Social Security benefits

As the effects of high inflation linger, retirees are poised to see their Social Security benefits increase in 2023. In a response to higher costs of living, the Social Security Administration announced1in October that beneficiaries will see an 8.7% cost of living raise — the largest such increase since 1981. The cost-of-living adjustment (COLA) will result in an average increase of $140 per month for beneficiaries. For financial professionals, it presents a perfect opportunity to discuss with clients how Social Security fits into their retirement income strategy and what the change could mean for their financial future.

How is the COLA calculated?

Social Security benefits are directly tied to the cost of living by federal law — the Social Security Administration is expected to adjust its benefits in relation to the Consumer Price Index, which is decided by the Department of Labor’s Bureau of Labor Statistics (BLS). The move to raise the payments came shortly after the BLS announced in September that the consumer price index rose 8.2% compared to 12 months earlier. 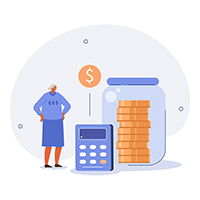 Although many retirees don’t rely strictly on Social Security payments alone to cover their living expenses, the COLA raise is still an important part of the financial health of older adults. Around 61 million Americans receive Social Security benefits, and it remains one thing most Americans can agree on —research from the National Academy of Social Insurance found about 80% of respondents say it’s critical to preserve Social Security2. However, despite its prevalence and popularity, Wayne Chopus, the President and CEO of the Insured Retirement Institute 3, says it’s just one part of the retirement planning puzzle.

“A cost-of-living increase in 2023 Social Security benefits is welcome news to the tens of millions of beneficiaries who rely on those monthly payments as a source of income to live on during their retirement years,” he said. “However, workers and retirees need more than Social Security to achieve a financially secure retirement.” 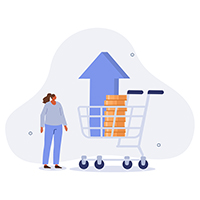 The increase in Social Security payments underscores an uncomfortable fact: inflation is impacting the way retirees, and those approaching retirement, are thinking about funding their golden years. In fact, a survey conducted by Global Atlantic found that 87% of next gen retirees have recently experienced “sticker shock” when purchasing items like groceries, meals out in restaurants, travel, and more.

“Retirees’ number one concern is, of course, that they’re going to run out of money. And inflation just exacerbates that,” says Bill Crane, Senior Vice President of Market Development at Global Atlantic. “If you look at the increases in food prices, medicine, gas – that affects everyone, but it especially affects retirees who often have limited income.”

As living in retirement costs more, it becomes essential for financial professionals to incorporate this reality into discussions with their clients, and while Social Security is one part of the equation, it’s just a small component. Most retirees can expect Social Security to replace about 40% of their salary, with higher earners seeing significantly less than that.

The impact of a benefits bump

So how can your clients make use of this extra $140 a month? It depends on their needs, wants, and wishes. Of course, if necessary, they can put the money toward covering the increased costs of everyday living. “You do have large numbers of people who rely on Social Security almost completely for their income in retirement,” Crane says. “Even having that small additional money can be really significant for many people who haven’t been able to put a lot of money aside.” Even for retirees who may not rely solely on Social Security to cover the costs of living, the added benefits provide some breathing room, especially in an environment with significant market volatility and low bond values.

Start a conversation about Social Security 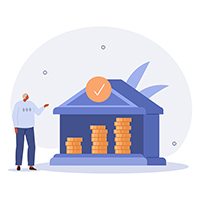 Regardless of your clients’ circumstances, we believe it’s crucial to have the Social Security conversation as part of your discussions with them. Questions such as when to start claiming Social Security have become increasingly important to answer as we live longer than ever before — by the year 2050 there will be 9 million Americans over the age of 90. But how do you get that ball rolling? And what are the most important things to take into consideration? Here are a few of the most crucial pieces of the Social Security conversation with may have with your clients:

A logical first step in the conversation is to get an estimate of what your clients’ future benefits will be. Luckily, there’s a free and easy tool on the Social Security website to provide that information. This tool is available to everyone over the age of 25, and ensuring that your clients know what they can expect to receive is an important part of the planning conversation. There may be a lot of people who don’t know what their Social Security check amount will be — this is an easy remedy.

Find out their expectations

What are you clients looking to achieve? Specifically with Social Security, and more broadly, for their retirement as a whole? It may seem like a simple question, but researchers at the University of Southern California found a surprising lack of familiarity with Social Security benefits — more than half did not have a good estimate, the researchers told Forbes4. Establishing these benchmarks will be crucial to future conversations.

When will they start receiving payments?

One of the biggest questions you can help your clients answer is when to start receiving Social Security payments. They can start claiming payments as early as 62 or as late as 70 – and if they delay, payments increase by about 8%.

“The biggest and most impactful question is when should you claim Social Security benefits? If possible to wait until age 70 and it may make sense given your circumstances, you may be much better off,” Crane recommends.

Do they need a plan for the gap?

Let’s say your client is retiring at 60 and doesn’t plan on taking Social Security until they turn 70. Do they have a plan for that gap? There are products available designed to fill that period, and it’s important to see if they’re looking for supplemental income. The strategy for bridging that gap includes a number of factors, but as Crane points out, certain annuities have become an increasingly popular, and effective option for many retirees.

“In many circumstances savers should often consider taking full advantage of qualified plans and then in certain circumstances annuities can be an excellent supplement to those plans,” Crane says.