What is the FIRE movement?

How to navigate the trend toward early retirement

Toni Ann Abbruzese can’t remember exactly when she decided to retire early. The realization that this was the path she wanted to take, she says, came gradually.

“I’ve watched many colleagues work hard, give a lot to their career, and then retire, only to fall ill or not live long into retirement. We work so hard, and it only feels worth it if there is a rainbow at the end of this work tunnel that you can enjoy while you’re still relatively young and able.”

Abbruzese, underwriting leader at health solutions company Gravie, is one of an increasing number of people committed to retiring earlier than the traditional retirement age of 65. Though this movement, known as FIRE— Financial Independence, Retire Early—has been around since the early 1990s, it has reignited in recent years, spurred, some say, by the COVID-19 pandemic. And it’s a movement that poses its own set of challenges not only to those looking to retire early but also to those financial planners with whom these people are working.

When Abbruzese first started her career, she recalls, “I had to be on a very tight budget. I wasn’t making a lot, had student loans, and didn’t have a cushion.” But now, while she still pays close attention to both her spending and her retirement savings, she feels she has more breathing room. “I like nice things and going on vacation,” she says. “But it’s easier now because I make more, and hopefully, my mortgage will be paid off soon. As I’ve gotten closer to retirement, the bills are waning, not increasing.”

Finding the balance between planning for the future and enjoying life in the present is the challenge faced by FIRE-motivated investors like Abbruzese. But the reward seems worth it: “I want to be able to enjoy what I’ve worked my whole life for,” she says. “That’s what inspires me to retire early.” 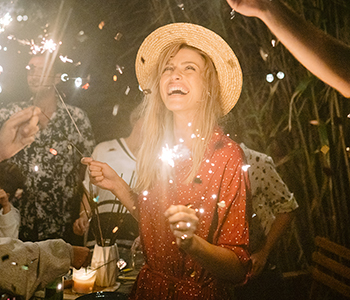 Today’s FIRE adherents—who include not only millennials but also members of the Gen X and Gen Z—generally strive to save at least half of their income in order to retire before they are 60. Some of the most ambitious ones have retired as early as their 30s or 40s. The effort to retire that young—which was what fueled the early FIRE movement—can only be achieved by extreme frugality.

But many current followers, like Gen Xer Abburzese, want to accumulate enough wealth to retire early while still not severely cramping their pre-retirement lifestyle. For them, the current approach to FIRE is less about personal finance optimization and more about “life optimization” and living better, all while aligning spending, savings, and financial life with maximized happiness.1

Regardless of how they achieve this balance, most people looking to retire early will need to amass a significant nest egg if they are to find financial independence post-retirement. Some have taken to calling the approach to building this sizable nest egg “fatFIRE,”2 and the popularity of this part of the overall FIRE movement can be measured by the fact that a fatFIRE Reddit forum launched in 2016 has so far drawn more than 345,000 members.3 (This is in contrast to “lean FIRE,” through which people commit to living in retirement on less than $25,000 a year.)

As they embark on their quest for financial independence, the word “retirement” will mean different things to different people. For some, it will mean stopping all work in a corporate setting to focus purely on recreation, while for others, it might mean shifting into volunteer work or designing their own dream jobs, where self-fulfillment is prioritized over salary.

Regardless of when someone plans to retire, accumulating enough wealth to live comfortably both before and after retirement requires planning, resolve, and difficult choices. But planning to retire five, 10, 20, or more years earlier raises the stakes exponentially. People adopting the FIRE approach must be prepared to set ambitious goals and to follow them faithfully.

Financial planners can be instrumental in the success or failure of such efforts. “I got a financial planner as soon as I got out of college,” says Abbruzese. “It was important to me to be thoughtful about putting myself on a severe budget in my 20s, putting money in a 401(k), and starting that financial journey.”

Kiplinger recently published a list of questions to help people determine whether or not they’re prepared financially and emotionally to pursue early retirement, noting that the best candidates ideally should meet certain qualifications, including having a plan for long-term care, being debt-free, and investing for the long term.4

It’s critical that financial planners encourage clients who want to retire early to be extremely diligent about their savings, says Bill Crane, senior vice president, market development, at Global Atlantic. He notes that a financial planner can play an important role in determining whether early retirement is feasible for clients by drafting financial plans and test driving them through various scenarios.

“Typically, for people planning to retire on a traditional schedule, they may want to consider a significant amount such as saving 15% of their salary,” he says, “but if clients want to retire early, they have to really ramp that up to something closer to 50, 60, or 70%. For some, it might require a spartan lifestyle to pull this off.”

If someone is a good fit for early retirement, their financial planning must also reflect the standard of living they expect to maintain in the near term and address how to balance that against their plan to exit the workforce early.

Abbruzese, who plans to retire in her late 50s, is aware of the tradeoffs required to support her FIRE plans. Earlier in her career, when the idea of retiring early first occurred to her, she quickly learned to live within her means to support that. She realized, “You can’t have everything you potentially want because you’re planning for the future.”

Crane says another tradeoff is for many clients is to consider investing more conservatively earlier in their career than they normally would to avoid unnecessary risk as the retirement date approaches. “They may want to consider shifting out of equities earlier, and this removes some investment opportunities,” he says.

Financial planners can encourage clients who are on the path to early retirement to be diligent about knowing their level of risk tolerance and diversifying their investments as early as possible on their career journey, to help accelerate their savings. That’s been good advice for Abbruzese, who notes that “If I’ve learned anything from my financial planner, it’s diversification, making sure your money is in different areas where there’s different risk tolerance. Part of the reason I’ll be ready to retire early is because I have diversified. It’s served me well.”

As part of goal setting, financial planners should encourage FIRE-ready clients to identify how they’ll cover their expenses without a salary after they retire. Fixed-income-oriented options such as bonds, dividend-paying stocks and annuities are some ways early retirees can cover 70-85% of their former salary, notes Kiplinger.

“For clients planning to retire in their early 50s, the biggest concern for many clients is outliving their money,” Crane says. “An annuity can take away some of that stress for certain clients. Certain annuities are designed to ensure that people don’t outlive their money. If they retire at 52, it may make a lot of sense in certain scenarios to shift a portion of their money into an annuity. Having that annuity that generates income is like having a paycheck replacement.”

An annuity can provide guarantees, depending on how it’s structured. For example, Crane notes, fixed index annuities will “cap a client’s upside but give them a floor so they can’t lose money in the market since the premium isn’t invested in the market. It can be a nice hedge to all the chaos that’s happening.”

Annuity sales have been setting records because “people are nervous about their retirement income in the current market,” he adds.

“Anyone who’s going to contemplate retiring early may want to consider having annuities as part of their strategy,” agrees Andrew Resnik, managing director at Global Atlantic. He notes that some qualified clients may consider using not only annuities but also other financial tools such as structured products and alternative investments like private equity and real estate to create lifetime income streams.

Financial planners should also advise FIRE clients that they might be able to take money out of their current employer’s 401(k) upon early retirement without penalty, except under certain circumstances. For example, according to the IRS, the 10% penalty on early 401(k) distributions will not apply if they are made to a participant after separation from service if the separation occurred during or after the calendar year in which the participant reached age 55.

Ultimately, given such factors as increased longevity, the likelihood of needing long-term care, and inflation to consider, it’s essential that, if FIRE followers are to have any chance of achieving their goal, they need to start their retirement planning early and stay motivated.

“Many people are not inclined to save,” says Resnik. “So being extremely disciplined is going to be very important.”

The growth of the FIRE movement has been fueled largely by a young population, which a recent Harris Poll conducted for the Transamerica Center for Retirement Research showed is more likely to expect early retirement than are its elders. Though the younger generations’ expectations may well be borne out in time—especially if they follow the guidelines in this article—the center cautioned that expectations of working longer or never retiring increase with age.

At What Age Do You Expect to Retire?

Note: This table does not include people who expect to retire at age 65. Also note that a significant percentage of baby boomers have already passed age 65.