What financial professionals need to know about the midterm elections

The outcome of the November 8 midterm elections is anyone’s guess. There are three possible scenarios: either Democrats maintain control of the Senate and the House of Representatives, Republicans gain control of both chambers, or Republicans take back one chamber, creating a stalemate in which each party controls one chamber. At this point, we expect the outcome to be one of the two latter scenarios. All signs point to Republicans taking back control of the House, while the Senate remains neck-and-neck.

“The traditional view of party significance for financial legislation is that Republicans are pro-Wall Street...and Democrats are pro-Main Street…”

The traditional view of party significance for financial legislation is that Republicans are pro-Wall Street because they tend to favor less regulation, and Democrats are pro-Main Street because they tend to want more regulation for larger financial institutions and wealthier individuals. Lauren Scott, the Head of Regulatory and Government Affairs at Global Atlantic, believes that legislative progress is possible even as this tension persists.

“Historically,” Scott says, “Republicans have created a more favorable policy environment for the financial services industry. But in the last several years, many moderate Democrats have worked with their Republican counterparts in a bipartisan fashion to pass consequential financial legislation, including the Economic Growth, Regulatory Relief, and Consumer Protection Act in 2018. Issues related to retirement policy, for example, have also been largely bipartisan and can adjust to various forms of congressional control.”

Robert Persichitte, CPA, CFP®, CFE, the founder of Colorado-based RIA Delagify Financial, says that clients ultimately are most concerned about whatever directly affects them. “They’re not necessarily thinking about whether a law or regulation is favored by a particular party,” he explains. “Not all Republicans agree with everything their party favors, and the same is true for Democrats. What’s most important to clients is how they should position themselves to achieve their own best outcome.”

It’s reasonable to assume that under Democratic control, there will be continued efforts to increase taxation on corporations and wealthy individuals, including by raising their tax brackets, reducing or eliminating loopholes, or both. The opposite should hold true under Republican control, which probably would see attempts to cut taxes, including through various deductions and incentives. 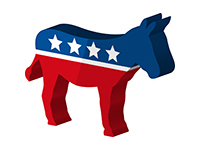 In a stalemate, however, the picture is murkier—for clients and producers alike. This is because a stalemate should lead to gridlock: Government policies would be more likely to be watered down, less legislation would be approved, and both parties would be incentivized to take obstructionist stances on contested issues.

But as Persichitte points out, there’s more to gridlock than, well, gridlock. “The executive branch tends to get more involved when bills aren’t going through,” he notes. “This means more executive orders, which often direct government agencies to create and implement more rules. So, gridlock can result in more agency-driven regulation, which tends to focus on things with high dollar values.”

The financial industry, Persichitte continues, “would much prefer that changes be made through legislation than through rule making. As an investment adviser and financial planner, I can tell you that it’s much easier to plan for legislation and know what’s coming, and when it does come, its impact is typically more immediate. Clients tend to be more aware of legislation as well, which helps. But agency rules tend to be less clear and more complicated—which often means consultation with lawyers for explanation and interpretation.”

Regardless of the election’s outcome, Congress‘s most pressing legislative priorities in the near term are unlikely to include measures directed at the financial industry. Instead. They will look to tackle government spending bills and the debt ceiling, among other larger packages. The lone exception—the so-called SECURE Act 2.0, an expansion of the Setting Every Community Up for Retirement Enhancement (SECURE) Act of 2019—has strong bipartisan support and is widely expected to pass both chambers before the current session of Congress ends in January. 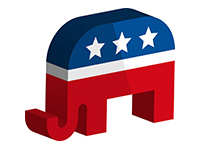 Looking further down the road into 2025, the biggest question mark appears to be the fate of the Tax Cuts and Jobs Act of 2017 (TCJA). Among TCJA’s major provisions are big cuts in personal and corporate income tax rates and a doubling of the estate tax exemption. The catch is that these benefits are scheduled to expire at the end of 2025, to be followed by TCJA-mandated increases in tax rates.

While 2025 seems far in the future, it really isn’t—and the resolution of the TCJA tax rates problem should be on the minds of both the upcoming session of Congress and the one after that. Congress often looks to do tax extender packages at the end of each Congress, and one or the other of these sessions will have to determine what happens. If history is any guide, resolution could go down to the wire and finally happen just before expiration.

The party composition of Congress would directly affect what happens: Republicans undoubtedly would want to extend the lower tax rates or even make them permanent, while Democrats would push to have the rates expire and then raise them for wealthy individuals and families. Neither party would want to be seen as doing nothing, nor would they want rates to rise for people in the middle and lower tax brackets.

The gridlock scenario would be a wild card and probably would delay resolution until the last minute. For Republicans to prevail this next Congressional session, they would need the cooperation of President Biden. Historically, Democrats have opposed tax cuts, and barring some unforeseen policy trade between Democrats and Republicans, Biden is unlikely to support the rate cut extension.

The financial industry is paying close attention to the TCJA debate. If and when changes occur—a more-than-reasonable possibility—then producers, planners, accountants, tax lawyers, and clients should expect to make adjustments.

Yes, no, or maybe for the fiduciary rule?

Uncertainty continues to prevail about whether producers should be held to the legally strict fiduciary standard when advising clients on retirement investing decisions.

The Department of Labor (DOL) proposed a fiduciary rule in 2015, but the rule has been rejected by courts, revised, and frequently delayed. DOL announced in June that it would unveil the rule’s latest iteration in December. The Securities and Exchange Commission (SEC), meanwhile, has its own Regulation Best Interest, which requires producers to give retirement investment advice based on the client’s best interest.

The consensus view is that a Democrat-controlled Congress would push hard for the fiduciary rule to be revised and, ultimately, a single standard recognized by both DOL and the SEC. Reality, however, is more complicated, as a multitude of players—financial and otherwise—seek to influence members of both chambers on what the rule should be and how to vote on it.

Persichitte notes that most politicians haven’t taken a strong public stance on the fiduciary rule. “They have more pressing matters on their plates right now and, frankly, consumers find the topic uninteresting and complicated,” he says. “And producers aren’t crazy about the higher disclosure requirements it would impose. Nonetheless, the industry has been moving in the general fiduciary direction on its own for the past few years. I’d be surprised if a blanket fiduciary standard would have much of an impact on most producers at this point.”

A couple of insurance-related actions might become law depending on the outcome of the elections.

Perhaps the most prominent involves the federal estate tax exemption, which is one of TCJA’s expiring provisions. The exemption in 2022 is $12.06 million for individuals and $24.12 million for married couples, meaning that estates are taxed only if their value exceeds those amounts. Republicans have long opposed any estate tax and Democrats would like to reduce or eliminate the exemption entirely. Ironically, Democrats’ success in reducing or eliminating the exemption could be a boon for life insurance, which many wealthy families use to pay estate taxes.

Life insurance might be affected in another way if Democrats retain control of Congress, as Democrats would like to tax the cash value of life policies as ordinary income when the cash value is credited to the policy. If this becomes law, literally millions of policy owners would need fresh advice on tax minimization.

What producers should do How to Help Your Client Protect Their Retirement Nest Egg How to retire your risk Is the 4% Rule Still a Good Strategy for Lifetime Income?